Mojon Twins recently released their second NES game, Sgt. Helmet Training Day. It is a simple flip-screen action/puzzle game, first developed for ZX Spectrum (in just five days!), then ported to the NES. Unlike Sir Ababol, this game does not have major changes from the original, such as scrolling, it is a more straightforward port with better colors and sound. 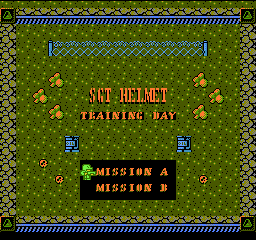 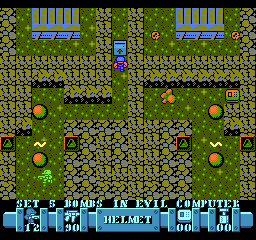 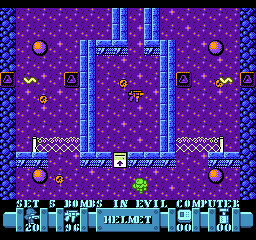 The game is available as a free ROM download.

Just as usual, source code of the game is also released. The game is written in C, using Mojon Twins 'Churrera' engine. The engine is also available in a Git repository. To my knowledge, there is no english docs about the engine yet, but there is a series of articles in Spanish.
Top

This was quite fun to play! However, the palettes for both missions are drab and/or garish and need work. Also, the pause button needs more debouncing as it triggers several times in a row on real hardware.
http://www.chrismcovell.com
Top
Post Reply
2 posts • Page 1 of 1