This is a two player game, but we do have some basic AI in place since that makes it easier for us to test. It is basically pong with an extra layer of strategy based on power-ups, and some really fun music and a neat theme to the graphics. Earlier this year, I started working my way through the Nerdy Nights tutorials with a buddy from work. Once we got through the basics, there was a bit of "hey I figured out how to make this crazy thing happen!" back and forth and we thought it would be fun to try to make it in to something complete enough to be included in the competition.

Gameplay is based on the traditional "Pong" setup, augmented with various powerups. While you're guiding your paddle up and down to try to hit the ball, you also guide your character (Tesla or Edison!) across the screen to catch falling powerups. There are 6 powerups, some more powerful than others. Be careful! Sometimes an anvil will drop instead of a powerup, and you don't want to be under that! Once you beat the other player, take them to the roof of the skyscraper and drop them down to streets below on the final "Winner" screen!


Thanks to everyone here who answered all of my questions, and Gradual Games for the use of the GGSound engine! 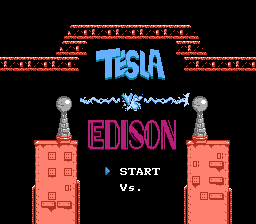 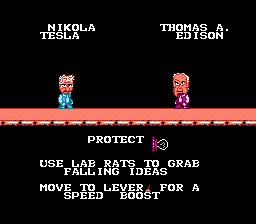 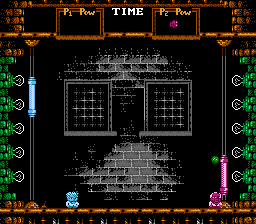 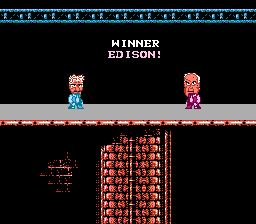 Wow, yeah I agree. This artwork is really nice. Will keep an eye out for the ROM!
Top

Thanks for the kind comments! I've attached a ROM to the title post that shows off the graphics and music, the guy working on that has been doing killer work. It's still got bugs and needs tuning, but its at a good point to see where it's heading.

yaros wrote:Look quite nice. Altough I was not able to score a single hit.

Thanks for the feedback! Yeah, it definitely needs some tuning on motion and power up drop rates. Right now, you pretty much play to a draw unless you use a power-up, and a couple aren't working right in that build. It should feel better in the final version.
Top

Might be the best pong game I've ever played. It's really good!

Love the amount of polish and the little animations, especially the victory screen where the loser blows up. That's funny.

There is a glitch though. When screens change, junk is displayed for a frame or two. I had to use slow-motion to see it.

Other than that, my only real critique is that Tesla and Edison don't collide with each other or the pong ball. I think that's a missed opportunity for interaction.
Top

Thanks for the comments! We wanted it to feel like a full, complete experience, so just kept adding fun bits and tuning behavior. I've always taken inspiration from PopCap's ability to make a brilliant game by combining a simple concept with presentation, polish, and personality. Most of the flair was added by the other guy in our group, he also did the music and graphics.

That screen change glitch is probably just because this is an "everything in the NMI" game, and doing some PPU changes outside of vblank. We'll structure the next one differently.

We talked a little bit about having the characters interact with the ball or the other character, but my fear was that it quickly becomes a game that isn't about whacking a ball with a sliding paddle. There is probably a right-sized way to do that, but we didn't make it a focus.

If you have a chance to play with a friend, it gets a lot more exciting!

Greetings and salutations all!

First of all, I'm new here, so hello!

Secondly, I worked with samophlange on this game, doing the art & sound, plus doing some fun things in code, and I mean other than just breaking it! I must say, it's been quite a journey, and I'm excited to be a part of this competition. Super impressed with the entries!!

Here are some updated screenshots of "Tesla Vs Edison" - we're still working on an even more refined version that will have some nifty little features 'n' fixes.

Hope you have as much fun playing it as we've had fun making it! 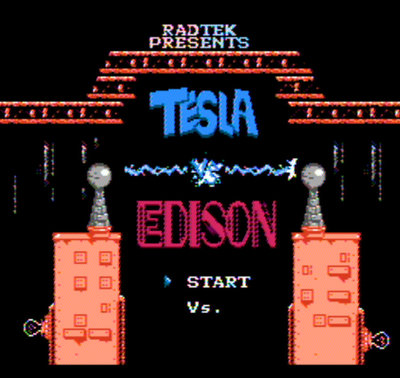 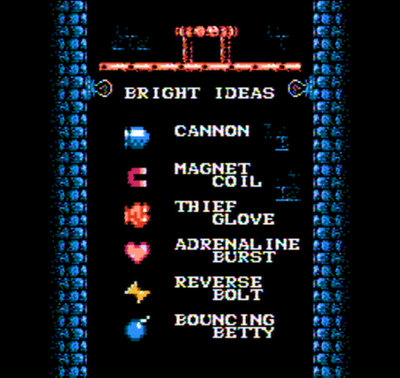 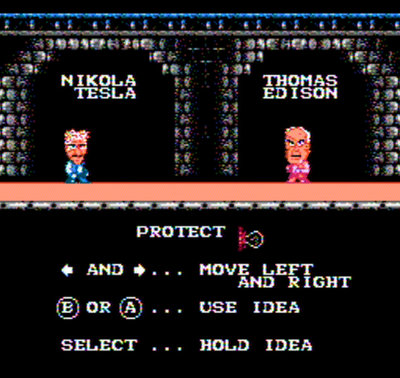 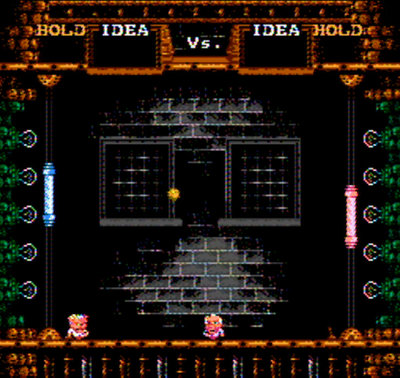 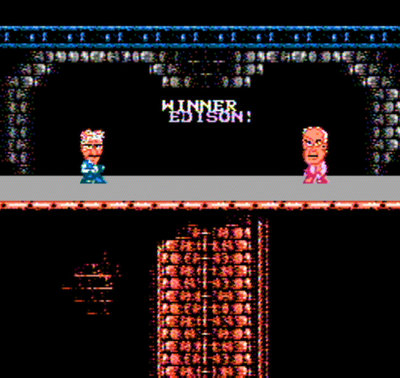 Very cool. I had a hard time trying to use the "ideas" because I was just focusing on the pong side of things.
Top
Post Reply
10 posts • Page 1 of 1