Do you still call it a platformer if you can only move in water?

Project started last week. Graphics by Nicolas Bétoux. Hope we can make it for the deadline!

If you encounter any glitched screens, better make a U-turn... unless you want to hardlock the game.

Will it be a mix of Aladdin and Bubble bobble?

See my hacks on Romhacking.net
I added level configs for 102 NES games in CaD Editor
Top

When brainstorming for ideas, I remembered Within a Deep Forest, a really fun platformer that's well over a decade old by now. Then Nicolas mentioned the Famicom homebrew Mr Splash, which sparked a flurry of ideas.

Going to post more details once we have sprite animations and more refined physics. Cheers!
Top

I'm happy for you. We will wait for news.

See my hacks on Romhacking.net
I added level configs for 102 NES games in CaD Editor
Top

Here's the basic concept Planning to turn this into a small metroidvania with upgrades that allow you to dive deeper (and jump higher).
Last edited by miau on Sun Feb 16, 2020 10:49 am, edited 2 times in total.
Top

This game reminds me Nim & Nom somehow.
See my hacks on Romhacking.net
I added level configs for 102 NES games in CaD Editor
Top

Back on it after a little hiatus with real life catching up to Nicolas.

Nicolas has been adding new tilesets and finished laying out the map. 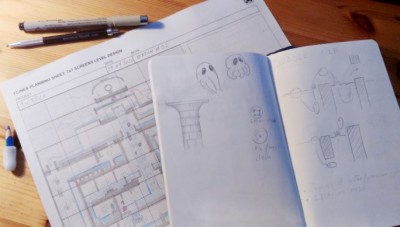 In the meantime, I felt like trying something new. Spent way too much time on it, of course.

The water surface animations were simulated in advance using a python script, the 6502 code just applies lookup tables of delta values onto the water surface points and renders them to CHR RAM :-)

Now on to making this whole thing reasonably playable within the final 2 weeks!
Top

Wow! That water animation sure gets my vote for one of the most awesome uses of CHR RAM, next to Brad Smith's NESert Golfing slopes.
Top

The water animation looks amazing; I'm completely mesmerised with the fluidity of it.
Top

Woaw, this looks wonderful! The water animation and the overall art is gorgeous, but the whole game idea is very unique too - I'm really looking forward playing your entry!
Download ROMs of my games: https://drludos.itch.io/
Support my work and get access to beta and prototypes: https://www.patreon.com/drludos
Top

Loved it! Unique (and fun!) mechanic, and it looks and sounds fantastic. Great level design too, I had a lot of fun exploring the world. It was longer than I thought it would be, it ended up taking me 50 minutes to complete it. And I still didn't find all the duckies, so I'll have to give it another go later.
Top

Nice game! I found it through your YouTube video.

I have one piece of feedback about the level layout: I spent a lot of time going in circles between the "deep" and the "iron" upgrades. That's because:
1) I didn't notice the waterfall at the bottom of the screen, under some still water.
2) I didn't expect to have a waterfall at the bottom of still water.
3) I didn't know I could dive deep enough and then continue going down in the waterfall. That's a neat trick, although not intuitive. And it's a trick that was never explained in-game. (I only found out after watching your YouTube walkthrough.)

As suggestions, I have a two options:

a) Remove that mechanic from the level layout, replacing the waterfall with a tube. (Tubes have animated ends, they spark curiosity, and they are a quite intuitive mechanic.)
b) Rework some screen to force the player to dive into a bottom-waterfall in order to proceed. This will teach this mechanic. Making the waterfall more visible would also be good.

Is there a purpose to the sleeping/burping frog? I can't quite figure out what he does.
Top
Post Reply
37 posts