I wanted to play Quest Forge at my leisure in an emulator, but I'm not sure what mapper it is (or if it's a known mapper). Due to the simplicity of the game, I had presumed it to be NROM, but quickly discovered that not to be the case after attempting to dump it.

I saw some write pairs to $8000 / $8001 near the startup code, so I thought it might be MMC3, but it doesn't appear to be standard MMC3 either, unfortunately.

Does anyone happen know about this game's mapper? (It was made by Piko Interactive, if that's any help.) I've attached some pictures of the board, if they're of any use to anybody.

If I figure it out on my own, I'll report back. 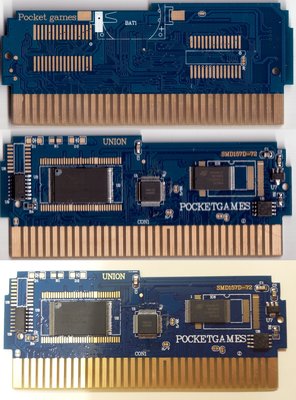 Searching the board for "pocketgames" lead me to this post, and this aliexpress listing. I think I'm looking at an MMC3-style multicart mapper.

The Quest Forge game might actually be plain NROM once the multicart loader is finished booting.

So, probably the next thing I will try is to artificially go through the boot sequence and then try to dump it as NROM once complete.
Top

Ah! That was a helpful tip. It might exactly be COOLBOY!

Knowing that last write to $6003 would "lock out" the outer bank registers was important, I was having trouble getting the CHR data dumped without that piece of information.

Anyhow, I think I have now successfully dumped it as NROM! Yay!

CopyNES plugin/src attached in case it's useful to anybody. (I dunno if this would help for anything but this specific game; it's not a COOLBOY dumper, but just a hard-coded way to dump this particular game as NROM the way it happend to be set up.) 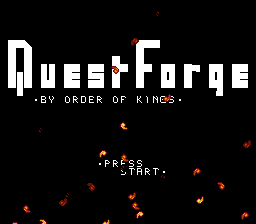 Out of idle curiosity, what's the Spansion Flash that's used there? I can't make out a part number.

(I'm kinda curious just how ludicrously much extra memory is on the board.)
Top

Yeah, it's hard to find an angle where it's visible. It reflects strangely. Looks like it says:

From what I see, at the time of producing the game, have pulled Aliexpress. He misses me a lot.

Is not the editor afraid that the ROM, once in the hands of Chinese, will be massively copied?
Top

Hey everyone! Sorry I'm late.
The game is written for an NROM256 but I actually have no clue what Pico's solution is to get in on the cartridge.
So I guess I'm not much help after all. = /
Top

I was just gonna say, I'm pretty sure it's NROM cause I've now seen the end. 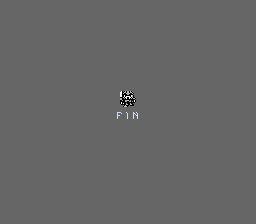 I'm just now seeing this thread, but this is crazy... These are the exact boards used by aliexpress sellers for the MMC3 capable 100 in 1 carts. My guess is piko contacted the chinese suppliers and asked them to provide boards with the rom he provided. I've seen mentions in some posts about this being an available service. And this is just their go to board. So an NROM256 game gets put on a 2MByte 3v flash chip with no level translation...

I ordered a copy of QF a couple days ago after hearing about how great it was on the assembly line podcast. Fingers crossed things have been improved and this isn't the board I end up with. If it is, thinking I'll dump the cart and program it onto one of my own legit 5v NROM boards..
If you're gonna play the Game Boy, you gotta learn to play it right. -Kenny Rogers
Top

Are you saying that there are people out there selling homebrew games on those chinese "time bomb" PCBs? That's... terrible!

It's beyond disgusting when people risk tarnishing an entire market just to make a quick extra buck. If reports of homebrew carts randomly stopping functioning or damaging consoles start spreading, that could really hurt the community.
Top

infiniteneslives wrote:I'm just now seeing this thread, but this is crazy... These are the exact boards used by aliexpress sellers for the MMC3 capable 100 in 1 carts. My guess is piko contacted the chinese suppliers and asked them to provide boards with the rom he provided.

tokumaru wrote:Are you saying that there are people out there selling homebrew games on those chinese "time bomb" PCBs? That's... terrible!

Sadly yes, I've attached photos of the aliexpress multicart I bought awhile back. Has same "pocketgames" branding and looks nearly identical aside from the connector pin count.

Indeed, it's rather disappointing to see it pop up in the homebrew community. Although based on piko's track history I guess we shouldn't be too surprised.. In his defense though, I would give him the benefit of the doubt that he didn't understand or could tell what was going on from a hardware perspective. I doubt it was intentional aside from cost motivations.

It's even gone so far as retrobit buying enough from 'pocketgames' to put retrobit's branding on the boards used for the Data East officially licensed multicart (board images attached). I purchased it and the thing doesn't even fit in a front loading NES because the connector bay is too shallow for the ZIF style connector. I guess they only tested in retrobit clones when making that mold...

It was one thing when you could tell what was junk based on the fact you were buying on aliexpress or ebay. But one would hope the retrobit carts purchased from Amazon would be legit, and having a homebrew only available in this fashion is pointing things into a disappointing direction where you have to try and verify the hardware prior to purchase.. 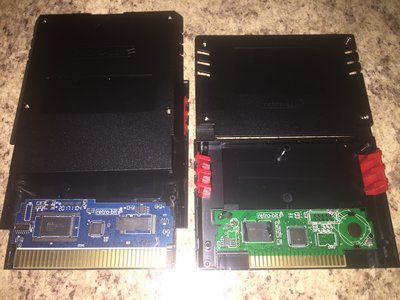 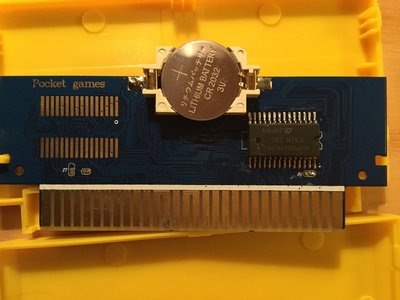 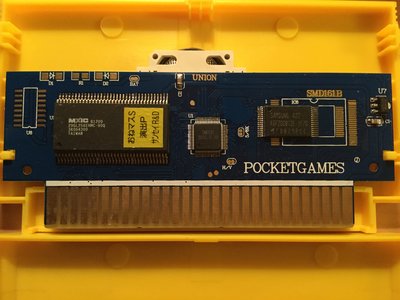 If you're gonna play the Game Boy, you gotta learn to play it right. -Kenny Rogers
Top
Post Reply
53 posts