You can talk about almost anything that you want to on this board.

In [url=https://forums.nesdev.com/viewtopic.php?p=195238#p195238]this post[/url], Fisher wrote:I also remember that me and the other kids were very afraid of the famous Sagat's "Tiger Robocop" back on the day.

The Tiger Uppercut became much clearer once a multi-ethnic golfer became famous for his own uppercut. Voice on videogames looked like a fantastic and curious thing to me as a kid.
Fantastic because it was basically a machine talking!
As a kid, I had no idea that a person needed to talk on a microphone and them the voice was processed and recorded.
Curious because most of the time I had absolutely no idea of what was being said.
I would like to know what these voices sound or sounded to other people.
I'm writing what some sounded to me back in the day, it's "rough" translation to english and what it sounds to me now.
Hope this can be informative and funny!

On most of MegaDrive's games, the voice actors seemed to have some kind of laryngitis.
The only exception I know is Strider II, wich is not a very good game, but the voice acting are fantastic!

The first Final Mission voice "Tche mas que baita bafo" would translate like something like "Man, what a big breath".
I remember another stage that I thought it was said "Sou analfabeto" wich would mean "I'm illiterate" but now it sounds to me like "That was a beat".
Other one was "Eu tô com babas de pressa" translate like "I'm in a big hurry", now sounds to me like "There's a last to press".

The spanish guy on Street Fighter II seemed to say "Soy la borrego", wich is spanish, but would be something like "I'm the Lamb". I have no idea of what he says, even today...

My daughter when was younger told me that Mario on Super Mario 64 says "Pêssego" when entering a stage.
Curiously this word translates as peach, but it's clear that he says "let's go" with a heavy accent!
Top 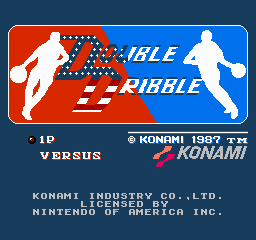 I hadn't played that game back in the day...
But I can do a quick play and tall what I hear.
Unfortunately, as a kid, it was a lot funnier!!
Maybe I use my kids as gnea pigs...

Fisher wrote:The first Final Mission voice "Tche mas que baita bafo" would translate like something like "Man, what a big breath".
I remember another stage that I thought it was said "Sou analfabeto" wich would mean "I'm illiterate" but now it sounds to me like "That was a beat".
Other one was "Eu tô com babas de pressa" translate like "I'm in a big hurry", now sounds to me like "There's a last to press".

Continuing on from my previous post: the NSF rip I have for Final Mission has the voice samples as tracks, so I've attached the file. They sound like very heavily Japanese-accented English to me, though they are mostly indecipherable to my ear: The only one of these that I am certain of is #3, the rest are wild guesses.

Here's what I heard:

...really, any videogames with language different from what I know (ie English when I was younger, Japanese). Can't think of any specific example right now though.

This is a block of text that can be added to posts you make. There is a 255 character limit.
Top 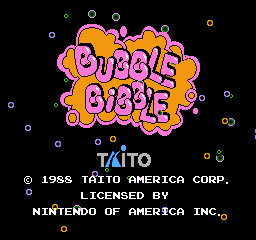 tepples wrote:The Tiger Uppercut became much clearer once a multi-ethnic golfer became famous for his own uppercut.

I had a friend who tought it was a marketing campaign from Square, to promote their them-new game: Chrono Trigger!
Even with an uppercut on Chrono!!
Them we learned the correct pronunciation of the word trigger is pretty different from tiger.

Also, we tough Adon said "Canudinho", wich google translates as "little straw".
Now it sound's like "genocide" with some accent.

By the way, thanks for making this thread, it shows me I really need to find someone to talk and listen to in english, so maybe I can become a little better on this...

I laughed loud on this!!
Also, the main newscaster of the biggest TV station here in Brazil is Willian Bonner!!
We can say that his work makes him very excited!!

Apart from Tiger Robocop, the Street Fighter series is quite guilty of this, especially SF2 (and TONS of the special/expanded/tweaked/whatever versions of it), possibly because of its explosive popularity and increased amount of voice usage than its predecessor. Sloppily inexperience "voice actors" and muffled samples won't help either. I think later installments were becoming better, possibly because of hiring real voice actors and having better clarity in the samples.

Some of the hilarious ones I found, before learning what they really were:
Chun Li: Spinning Bird Kick --> Speedy Lard Dick
Guille: Sonic Boom --> A Nick Poon

The end stage dialogue from defeated opponents in SF1 was SUPER hilarious too, though it's nothing about being misheard (as it's with on screen subtitles), just more because of the awful Engrish and "voice actor" (yeah it's actor not actors, as it's the same dialogue recording regardless of which opponent it was).

Thunder Force II on Mega Drive had some awful indecipherable samples too. I never owned the system so I never heard the samples closely. One hilarious one was I think it's played when a mission started (or something) I heard "Ba na na na na grab" which I never knew what it was but I later thought it was "(something something) good luck".

The original Arcade version of Salamander had some hard to decipher voices too (mainly due to them being synthesized instead of sampled). I always misheard the item "multiple" as something like "occo ball". (The "multiple" items are what used to be called "option" in Gradius. As Salamander was not initially created as a straight sequel to Gradius and to be included in the series they just gave different names to certain items. The games were just created by mainly the same team and that they reused a lot of assets. That didn't prevent the items to be called multiples in certain console versions of the Gradius/Nemesis games though. Konami was just not very consistent in terminology.)
Top

To this day my mum still claims that SFII on the SNES says BULLSHIT can't remember which move it was exactly. She also claims that Pretty Boy Birds who are named Pretty Boys because it is what it sounds like they say with their calls, should be renamed to Pikachus

Ah, this thread is hilarious. The ones I remember right now aren't as funny, but Starfox is one. I always thought it sounded like Falco was saying "dammit wing dammit". Though I heard later that all the in-game voices were built from the "wing damaged" sample, so that makes sense now. In the intro I thought it sounded strangely like "emergegengency, emergegengency", though listening to it now there is definitely no extra syllables in there, just lots of echo and a slow, deliberate kind of pronunciation.

Probably the most mysterious sample I thought was in Blades of Steel, "make the pass!". Googling it is interesting, you see "get the pass", "hit the pass", "made the pass", "with the pass", I'm sure there's more interpretations.

In Street Fighter II, I remember my mom saying hadouken sounded like "a wolf shit". Ryu and Ken definitely say "sure you can!", almost mockingly because I had a really hard time doing that move on the controller. Tiger Robocop though, that's classic. I thought E. Honda sounded like he saying "whose point", though I knew it was supposed to be something in Japanese.

https://www.youtube.com/watch?v=nfOYQeRYVCU (just because I like that video clip)
Top

Man!! I didn't know that "Tiger Robocop" was famous in other parts of the world!!
That's great!!
Street Fighter is an almost endless source of misheard voices, specially the 16 bit home consoles versions.
I remember the shoryuken bein called "Holy user", "Holy you Zen", "Sorry you can't", "Hollywoody" (some of my friends had english classes at school :-b).
The Tatsumaki Sempukyaku (or however it is) was called "Catar tuas pulga" (Catch your fleas), "Café com cuca" (Coffe with skunk -> google translated), "Acorda as coruja" (Wake the owls).
Adon was also known for liking a lot of "Tarantino".
Akuma (or Gouki) also seemed to say "Xoxo", wich I didn't find a word in english, but it's something like this. Maybe "fail" woud be a nice word...

The Rock'n Roll Racing narrator also seemed to say "Snake is a Battletoad!", someone took this seriously and have done this patch, wich adds Rash as a playable character!
Top

I never noticed it myself but apparently there's another gay oriented music in daytona usa: "I wanna fry sky hiiiigh, let's gooo to gay baaar". Apologies to gay people but I can't unhear it anymore.

This is a block of text that can be added to posts you make. There is a 255 character limit.
Top
Post Reply
66 posts