The analog value is reported inverted, like the Arkanoid controller (because input from the controller is inverted by the console on its way to the CPU). The controller appears to power up with an analog value of 0 if the lever is not touched, making it indistinguishable from an official standard controller. The minimum and maximum bounds appear to slightly vary both within the same controller and across controllers. Of the two I tested, both had a minimum of $03 or $04, and one had a maximum of $72 and the other a maximum of $73 or $74. I may have seen a value of $02 at first on the one with the $72 maximum, but I was unable to reproduce this and may have simply miscounted the bits.

We haven't done any work yet on identifying how the analog to digital conversion is implemented and how that affects the behavior.

Curiously, while the PCB indicates this is a Hori controller, I haven't seen any mention of Hori anywhere on the packaging or controller exterior. All of the branding is for Coconuts Japan. 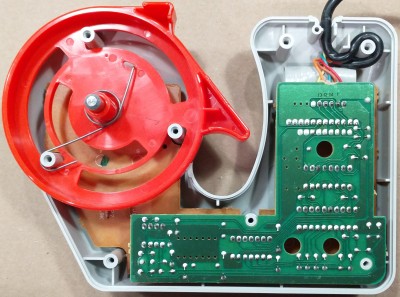 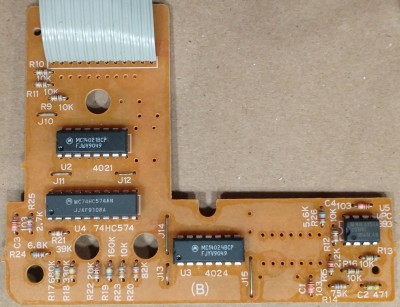 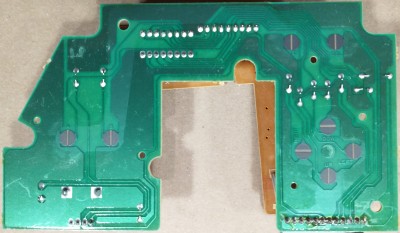 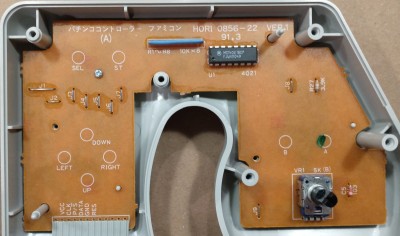 Cool, thanks for investigating and sharing this. Though, it looks like the read address was accidentally reverted to $4017 D1 in the wiki again. This doesn't seem to be correct in emulation at least. Can you confirm? Based on the visible numbers on the board where it looks like they connect, the five wires here only connect expansion pins 1 and 12-15, no?

Also, since people here may be unfamiliar, there's a CJPC101 controller that seems to predate the Famicom version slightly. It's for the PC Engine line of Pachio games but it sports the same basic exterior. I'd be curious how much the internals line up.
Top

Thanks for pointing that out; I swear I noticed and fixed that while writing the page, but I guess not! (Edit: Actually, I bet it was when writing the post above, which has this correct.) As usual, your attention to errors like this is really appreciated, as it's hard to catch all of them when putting up so much information at once. I've gone ahead and fixed the page.
Top

That is a pretty interesting ADC system, sort of like a SAR ADC in the sense it uses a DAC+comparator, but here we see an oscillator > counter > DAC + comparator > output buffer which is clocked when a hit is found. It is pretty clever.
http://www.tmeeco.eu
Top

It's also sorta like a "Delta-encoded" ADC, except that they omitted the "count down when the count is above the current value" bit
Top
Post Reply
6 posts • Page 1 of 1