I thought about how the laser would obstruct the bots' bodies when they're looking down:

Everyone's distinct laser color would differentiate each bot and player! On team battles, I can just make teammates share the same color laser (friendly fire should probably be off by default).

This led me to testing out different backgrounds with the laser: 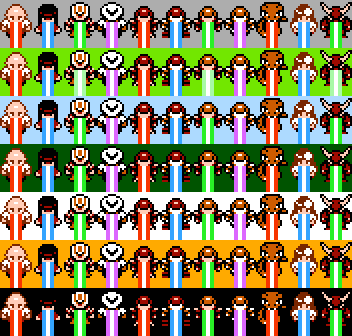 Which shows me that I may need to adjust the luminosity of certain hues (the green one in particular uses a lighter color on the 'grass' background). I feel like I should do color tests like this on hardware, but I feel like my setup won't be the same as everyone else's. Is there a program like Nestopia's NTSC filter that will give me varying results? I know this isn't a problem I need to worry about with the PC version of the game.

Also, I think the laser combined with the minotaur's slanted eyes don't work well, so I made an alternative:

Most emulators comes with many different palettes based on the results of real TV-sets. Mesen comes with quite a few, and you can download more. Of course you may also want to test on real hardware.

The Minotaurus from Greek mythology was the monstrous and man-eating offspring of the cursed union of the queen of Crete and a bull (wikipedia has a good introductory article) and who was "mazed" as a way to get rid of him, but in pop-culture it is often made into a demon-like race of anthropomorphic bull monsters.
Top

Pokun wrote: ↑Mon Dec 26, 2022 11:06 amMost emulators comes with many different palettes based on the results of real TV-sets. Mesen comes with quite a few, and you can download more. Of course you may also want to test on real hardware.

Here's a mockup of a dug out valley border: 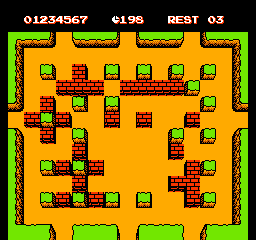 That looks very Simpsons for some reason.
Top

I think it looks quite good.
Top

I didn't like the way the vertical border didn't match the horizontal border (and pretty much all the corners), so here's an update (right side):

What do you think?

Edit: Maybe I should get rid of the second-to-last column of brown pixels?

I'm just about done with this valley tileset. 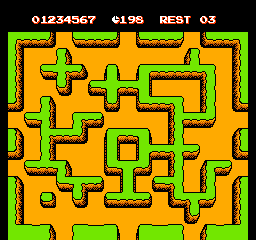 Though this cliff border uses more tiles than the wall border, it shares tiles with the inside walls.

Edit: Woohoo! This tileset will work nicely as a palette swap for a haunted night valley stage: 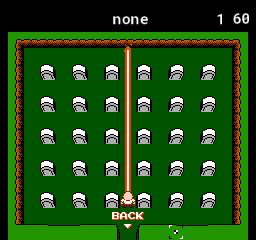 I realized that I have an extra color for the bg for the cemetery.

Since I need as much gradient as possible on the borders, and I need both brown and green to make trees and bushes (more on that soon) I went with something inbetween: 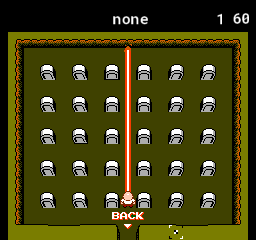 Edit: I think this is going along nicely. 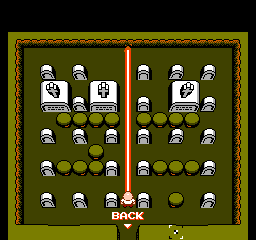 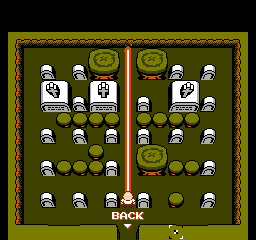