While walking on the flea market, I noticed a guy selling NES console. He wanted 1.25$ so I considered it a good deal.
It must have been repaired by some hobbyist electrician, because of those loose banana jacks soldered in place of DC connector.

I quickly realized it is not original NES because of its small size, but it is also neither mini-NES because of the presence of cartrige connector.

I couldn't wait to open it and see what's inside - and there is fully chipped PCB! There is also additional internal ROM with games, executed when no cartridge is present. Cool - never seen famiclone with build-in games that was neither blob nor dual slot unit. Looks like the designer was inspired by Atari 2600 Rambo.

7805's radiator was soldered upside down causing the gigantic thing to rely only on 3 solder pads (which ultimately were gone).

I though of making reverse-enginner proces to find out how the cartridge detection works and to dump the internal ROM. 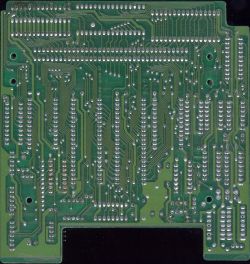 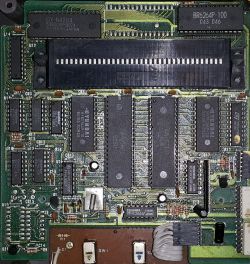 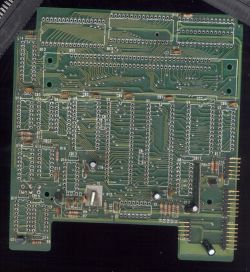 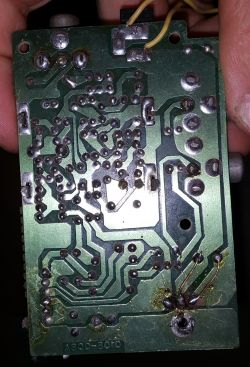 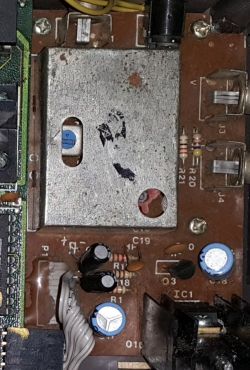 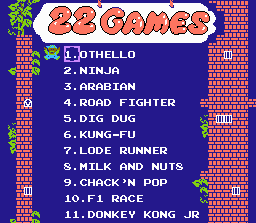 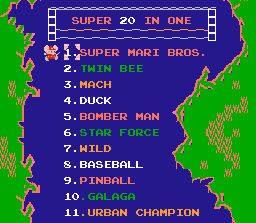 Mapper of internal cartridge is:


* There is no stupid shelf, the cartridge is placed horizontally directly into the connector. Simple and reliable - every NES cartridge that I own works from first run. Eject mechanism is also simple and robust. 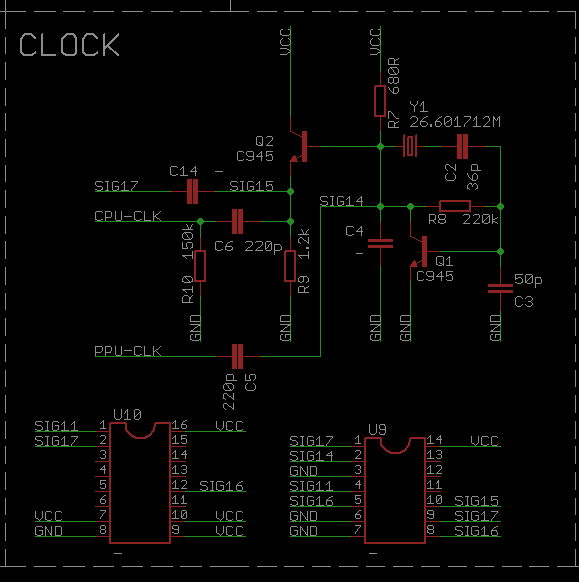 BTW. So good that there were banana jacks included, I will be able to replace to finally fix my old fatigued multimeter probes

You're right, thanks.
Top

Nice find! I had that exact same multicart when I was a kid (still have it). It's very nostalgic to see and remember the song perfectly. You would switch page with the reset button.
Top

I got cartridge version of the internal game-set. The mapper is the same, even the hardware is exactly copied (3x7408 + 74373).

One thing that surprised me was that both maskroms (TC534000P) share exactly the same lines, so one must have its chip enable positive and the other negative. That's weird since both have exactly the same markings, maybe that was pre-programmed in factory.

And now I know why there was socked for second ROM chip in the mini nes sonsole that also has all its lines shared with the existing ROM. 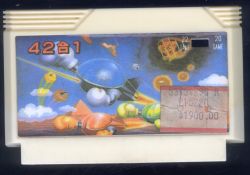 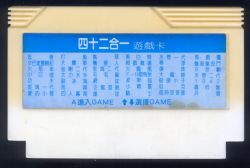 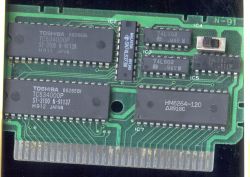 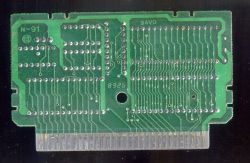